Center for Health and Data Informatics

The COVID-19 pandemic affected Utahns in many ways, from work arrangements, how we shop, and regular religious and social gatherings. Health care, as an industry, was also unquestionably impacted by the pandemic. In this DataByte, we examine how the pandemic influenced the amount of medication (days supplied) per prescription and use of mail order prescriptions.

The data used for this DataByte is from the Utah All-Payer Claims Database (APCD), which includes commercial, Medicaid, and Medicare Advantage plans. Medicaid normally doesn’t cover 90-day supplies or mail order prescriptions and were not included in this analysis. Only health care plans with consistent pharmacy and eligibility information were included. This means the plans had to have accurate insurance product type information (used in classifying line of business), were not missing claims or eligibility months during the time period, and were not duplicate health plan information (some claims are submitted both by a pharmacy benefit manager and the health plan). Mail order prescriptions were identified in the dataset by using the primary taxonomy (specialty) code of the pharmacy. 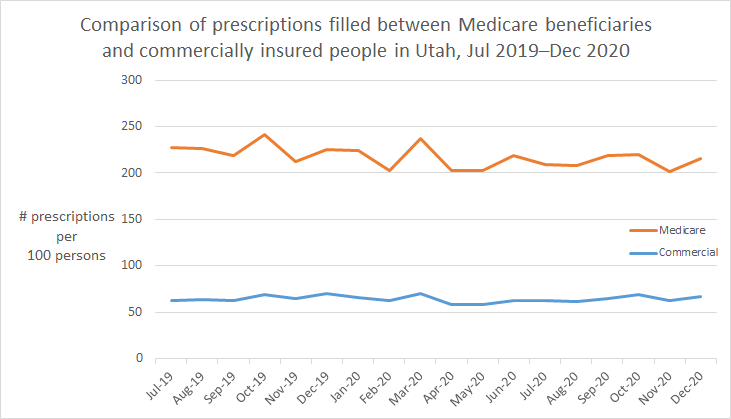 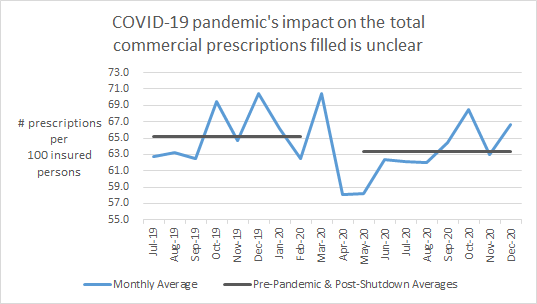 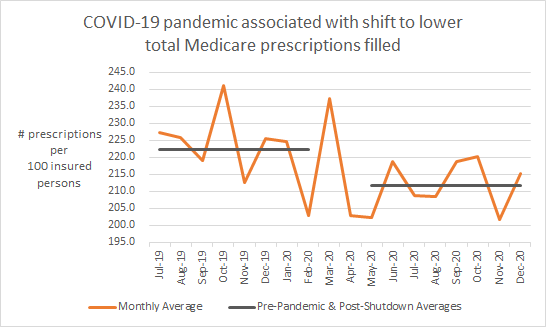 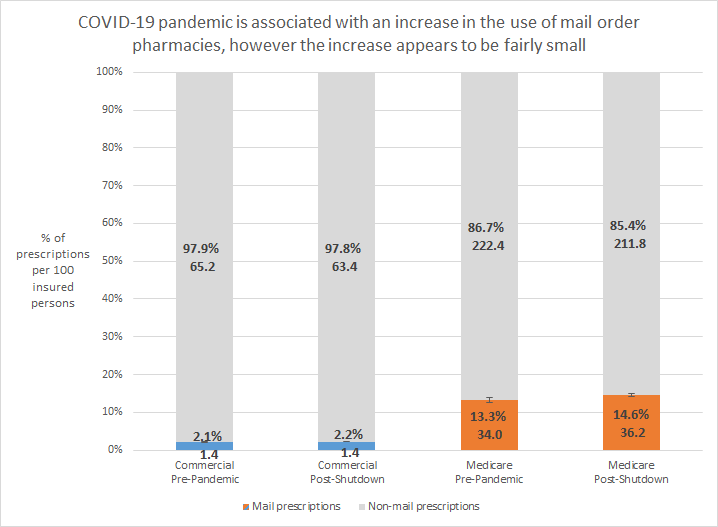 In conclusion, there are some important findings in this report. First, there are fundamental differences in prescription utilization between commercial and Medicare lines of business. Medicaid traditionally doesn’t cover 90 day or mail order prescriptions, while commercial plans cover these benefits but their members don’t use these benefits as much as Medicare insured persons. Second, both commercial and Medicare show evidence of a slight increase in the number of 90-day prescriptions filled. Finally, mail order prescriptions are much more common with Medicare than for commercially-insured persons and the pandemic may have resulted in a slight increase in the number of Medicare mail order prescriptions. The lasting impacts of prescribing practices during the COVID-19 pandemic are yet to be determined.  Payers may want to explore if there are policy changes related to prescription amounts or mail order reimbursement in order to minimize disruption in medication access to patients in order to provide the best care for their patients.